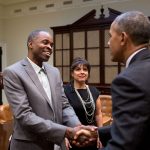 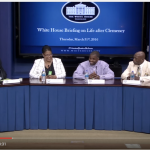 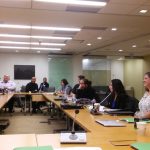 Project New Opportunity Orientation and Training was a two day event held in Washington, DC where our current consultants were introduced, an insight of our organization and what we do was presented, and a celebration for our very own Deputy Director, Norman Brown. 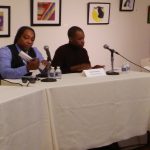 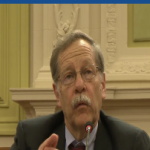 Malcolm C Young and Norman Brown testify before the Committee on Housing and Neighborhood Revitalization, Council of the District of Columbia.  PNO supported   strategic planning for the District’s reentry process and opposed the Mayor’s request for $2.3M allocation for a “reentry portal” serving D. C. residents released from the District’s Department of Corrections but not citizens returning from incarceration in the BOP.  Available: our written statement and a video of testimony given the Committee. 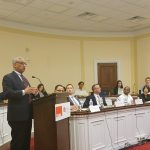 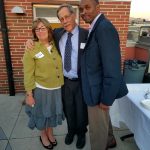 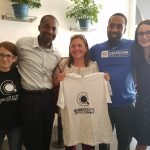 PNO’s Deputy Project Director Norman Brown, & Reentry Consultant Stacey Moises with Emma Sargent, in Philadelphia for a meeting with PNO partners and to observe a federal reentry court session. First, a stop at Quaker City Coffee Company to meet co-owner Christian Dennis and fellow employee Taylor. Great coffee in a shop run by and hiring people who were once incarcerated. An uplifting day! 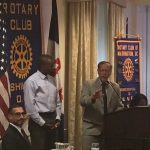 Wonderful reception by The Rotary Club of Washington DC Capital! On 6 September 2017, Malcolm Young and Norman Brown spoke before an interested, energetic, concerned group of civic leaders, to describe challenges and success in reentry, PNO, and mass incarceration. We were moved by the interest and response by people who care about who goes into our prisons and what happens to them as they come out. 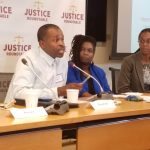 Open Society Foundation’s Justice Roundtable Assembly will feature Deputy Project Director Norman Brown, an Obama-era commutation recipient, to discuss his work and journey and Lashonia Thompson-El, current Restorative Justice Facilitator with the DC Office of the Attorney General to discuss her new book, “Through the Wire My Search for Redemption.”

Malcolm Young and Norman Brown testified before the Judiciary Committee Council of the District of Columbia. Project New Opportunity testimony was in favor of the bill “Clemency Board Establishment Act of 2017. Available is a video of the testimony and our written statement. Director Young’s testimony starts at 2:46:02 following Deputy Director Brown at 2:54:06. 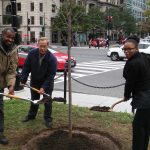 Norman Brown, Malcolm Young, and Lucinda Greene attended the Fall Tree Planting Ceremony presented by the Rotary Club of Washington DC. The Tree Planting Ceremony honored recent speakers and took place at Downtown McPherson Square Park. PNO was honored with an American Elm tree that is located at the NW corner of 15th and K Street. 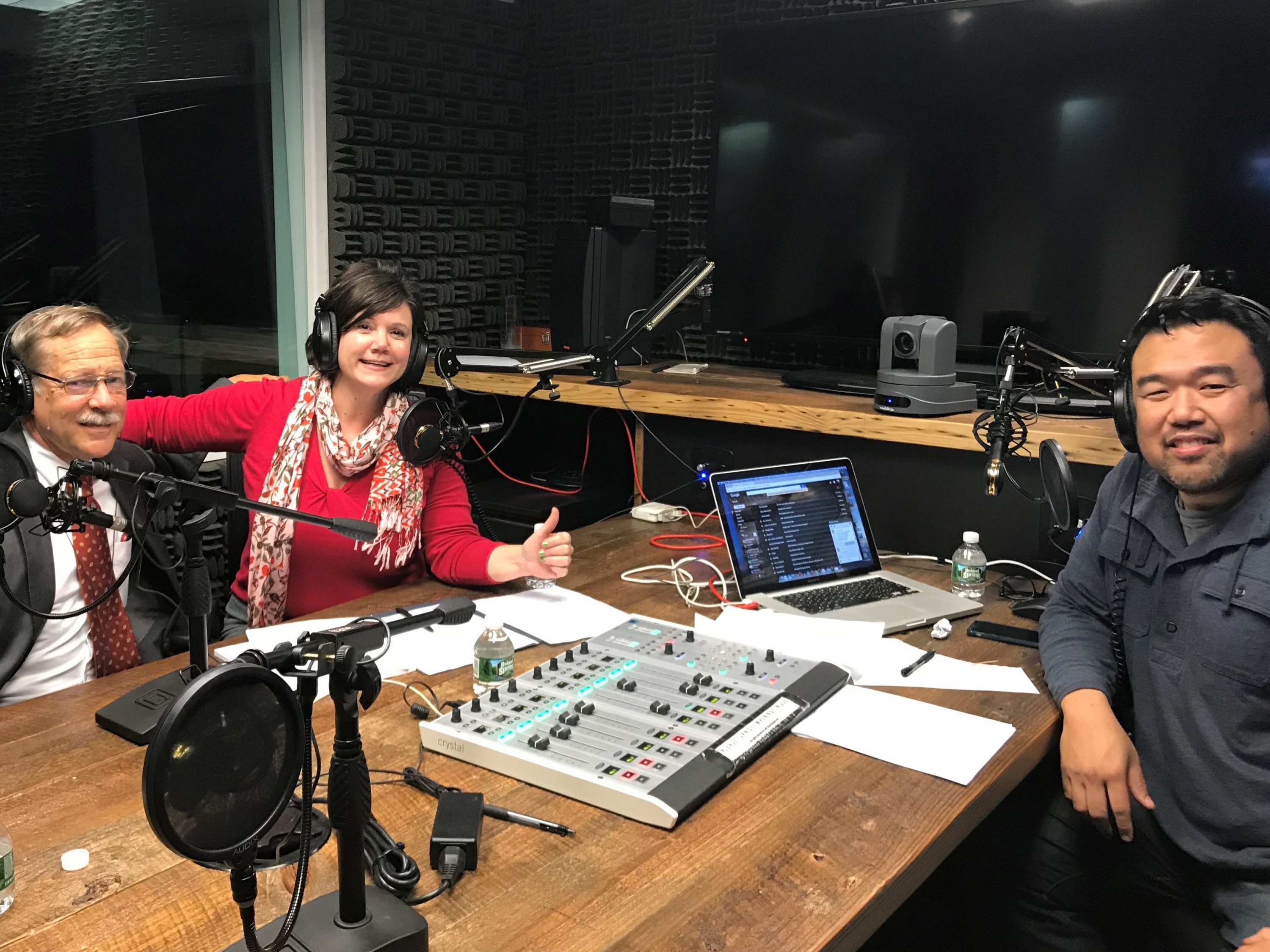 Ed Chung, Center for American Progress and guest host for the Leslie Marshall Show (right) explores right to counsel in criminal cases with Kim Ball, Research Professor at American University, and, as described by Malcolm Young, the importance of council in the Obama-era Clemency 2014 initiative, where over 4,000 volunteer attorneys screened requests, prepared and submitted 2,600 petitions, and brought to freedom 894 of their clients.  Click to listen to podcast. Director Young’s interview starts at 19:22. 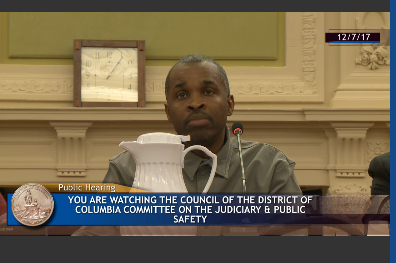 Malcolm Young and Norman Brown testified before the Judiciary Committee Council of the District of Columbia. Project New Opportunity testimony was in favor of the bill “Clemency Board Establishment Act of 2017″.  Available is a video of the testimony and our written statement. Director Young’s testimony starts at 54:00 following Deputy Brown at 1:02:45. 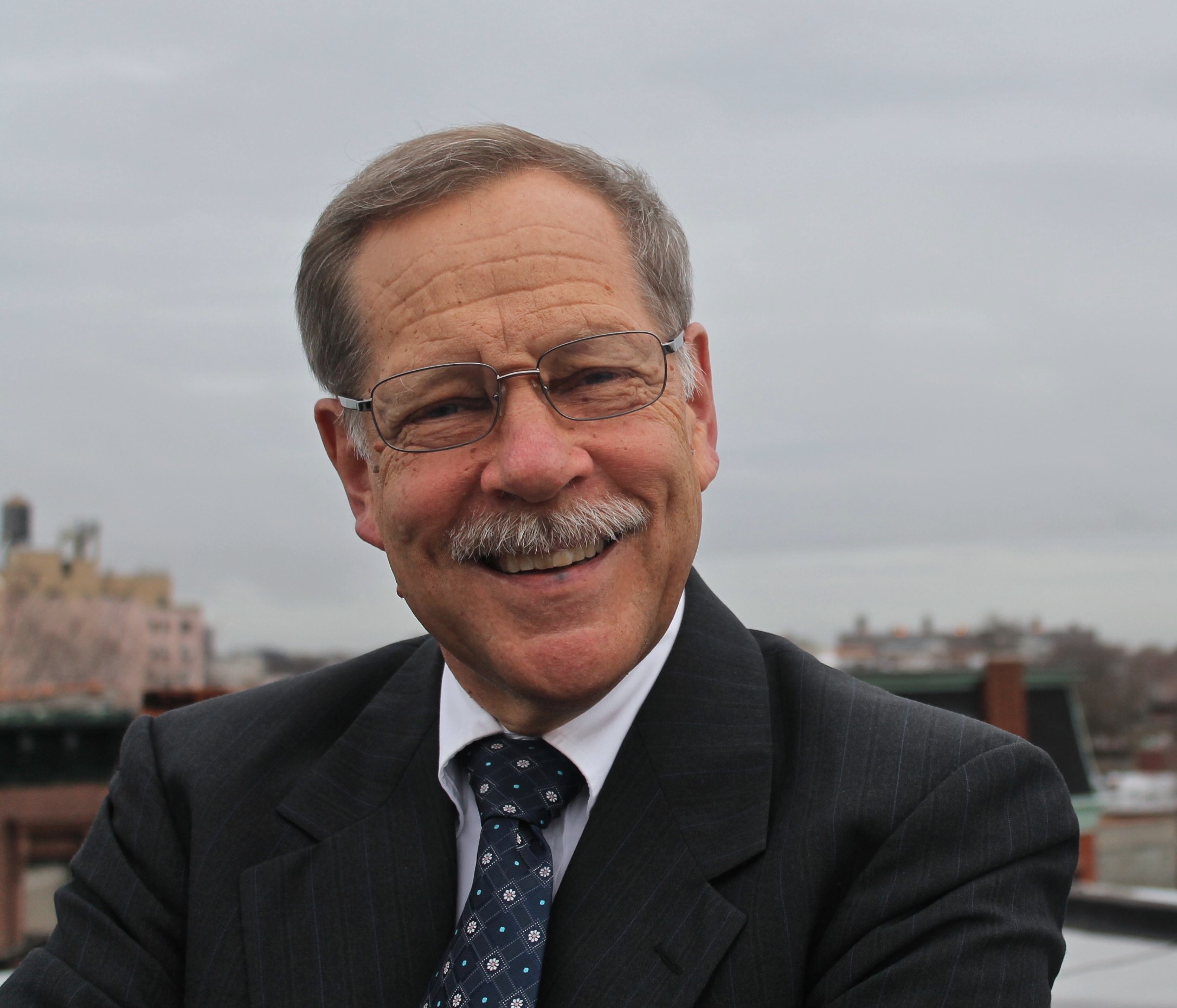 Friday before Martin Luther King Day at Temple Sinai in Northwest Washington, D. C: The denial of civil rights and the disproportionate prosecution and imprisonment of African Americans for drug offenses are two of the most extensive and perverse examples in American history of the oppression of a minority by a democratic majority. People struggling in communities that have economically collapsed and people returning to those communities from prison, confronted by a hostile social environment, become “crushed in spirit,” ground down by hard, profitless work. Yet with encouragement and guidance from Project New Opportunity’s Reentry Consultants, our clients are finding their way. Read edited text of address here.