According to information collected and published by the Vera Institute for Justice, the United States’ prison population decreased by -1.3% in 2018. At this pace, it will take the nation 50 years to reduce the prison population to half its current level. Founding Project Director Malcolm C. Young discusses the prospects for a more rapid end to mass incarceration in this briefing sheet.

On Friday, 21 December 2018, President Donald Trump signed the First Step Act (FSA), a bipartisan criminal justice reform bill aimed at reducing recidivism and refining sentencing laws and harsh penalties. The US Senate approved the Act the previous Tuesday with a vote of 87 to 12, and the House followed with approval in a 358-36 vote the previous Thursday.

FSA is the culmination of a decade of hard work by advocates including, as has been frequently noted, politicians on the left and the right. As enacted, the FSA   should soon result in the “early” release of  2,400 – 2,660 individuals now in federal custody. Thousands more will follow in coming years.

Of concern: many are ill prepared. The legislation sets up an elaborate “system” of reducing recidivism that will take years to implement and may not be as effective as desired.

As we explain in our Briefing Sheet, “Project New Opportunity and the First Step Act,” we have previously successfully demonstrated how to minimize recidivism for federal prisoners, doing so for individuals released “early” under the Obama administration. PNO could implement an expanded program without delay to obtain similar outstanding  results for individuals released through the First Step Act.  In addition to providing needed assistance to individuals who are leaving the BOP, continued successful reentry will help the public and policymakers understand that most long sentences are unnecessary and that thousands of people now in federal prison could be released, thus setting the stage for further sentencing  reform.

The First Step Act introduces modest reforms to the federal system, including an earlier release date for thousands now and in future years, and increased reentry-related programming within the Bureau of Prisons. But as explained in our Briefing Paper, “The First Step Act is not Reentry-Friendly: What to Do About It,” the Act falls short of addressing longstanding inadequacies in the federal reentry. PNO proposes steps to correct for them:

1)      Continued vigilance, reporting out, and advocacy by the numerous organizations supporting federally-incarcerated people, including organizations led by formerly incarcerated and justice-involved individuals and by federal defenders.

2)      Oversight by relevant Congressional committees in both the House and the Senate. We hope that the bi-partisan support for the FSA will carry over to bi-partisan interest that the Act be promptly and properly implemented.

3)      Congressional action which is consistent with the intent of the FSA and which can bolster federal reentry. Most immediate among these would be the full reestablishment of Pell Grant awards to incarcerated individuals.

4)      Provide  individuals leaving federal prison  with advance preparation and “wrap-around” continuity of support navigating around barriers envisioned in the Colson Task Force report and delivered by PNO to clemency recipients  and beneficiaries of the “Drugs-minus-Two” reforms.

[For a succinct but thorough summary of the bill prepared by  Families Against Mandatory Minimums (FAMM), one of the most effective and long-standing advocates for the First Step Act, see:  “Summary First Step Act, S. 756 (115th Congress 2018).”]

PNO: THE SAME KIND OF MISUNDERSTANDING ABOUT ADDICTION THAT SENT CLEMENCY RECIPIENT CAROL RICHARDSON BACK TO PRISON COULD COST THOUSANDS OF LIVES 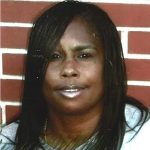 Carol Richardson was granted clemency and released from the BOP on July 28, 2016. Less than one year later, in June 2017 she was returned to prison for having failed to report to her supervising federal probation officer, moving without permission, leaving her employment and being convicted in state court of the theft of $60 worth of laundry detergent the proceeds of which she expected to use to purchase drugs. With an untreated addiction as she left prison and inability after prison to continue the prescription that controlled her chronic depression, Ms. Richardson had begun abusing again.

Her story received national coverage with a slant toward Ms. Richardson’s failure to take advantage of the “second chance” clemency gave her and an off-the-shelf quote from her federal prosecutor about her “willful disregard for the law” for which she must, of course, “face the consequence.”

PNO Project Director Malcolm C. Young takes a look at Ms. Richardson’s case, drawing on public information published by Amy Povah of CAN-DO, an early advocate for Ms. Richardson and on other sources.

Young found that Ms. Richardson’s situation wasn’t a failure of clemency. She never really got the “second chance” of a planned, thought-out reentry. Ms. Richardson also shared the disadvantages many women encounter when leaving prison.

But the most important lesson coming out of Ms. Richardson’s experience is for a nation in the grips of a deadly opioid crisis.  Richardson goes back to prison because most people in the legal system equate an addict’s misbehavior with a “willful disregard” of law that must be punished  instead of arranging for serious, clinically sound treatment of the disease.  Applied to entire regions of the country, this doctrine will result not only in the incarceration of thousands more like Ms. Richardson but tens of thousands of overdose deaths.